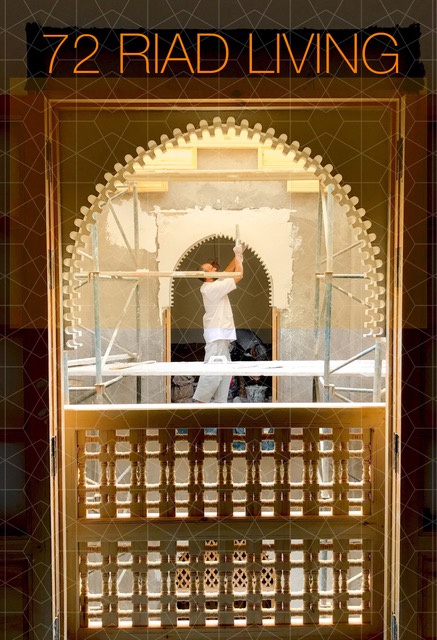 You’ll never know what renovating a riad entails until you do it yourself! Those who have have no shortage of interesting tales, anecdotes (mostly humorous) and unimaginable stories to tell about their encounters.

We never thought it would happen that maalem (master) zellijeur could complete the new 72 Riad Living Hotel patio in beautiful shades of purple with such fantastic results with just one thing missing – drains. A rather important element for those rare rainy days that, without proper fittings, would result in a swimming pool in the central patio. Don’t worry, we’ve taken care of this.

It doesn’t stop there. 72 Riad Living Hotel owner Giovanna Cinel also tells the tale of when she decided to install an electric cover over the open courtyard to keep the rain out during the winter months. But when the technicians came to install it, the panels were too small because the wrong measurements were provided. Again, we’ve taken care of this.

After completing the initial renovation of 72 Riad Living Hotel in 2000, Giovanna swore to herself that she would never do it again. But then slowly she began to crave a new project which included adding three additional rooms and then finally putting the finishing touches on an adjoining riad, increasing 72 Riad Living Hotel’s room count to 12 in 2017.

“When you see the final result it’s incredible. When you see the artisans working with plaster, with zellij, and with wood you get excited. There is art everywhere. They put their hearts in their work and you will feel and smell it everywhere,” says Giovanna.

We’re finally ready to announce that the expanded 72 Riad Living Hotel is open. But before we show you the finished product, let’s start with how it all started.

We began by meeting with architects Paolo Pagani and Christophe Simeon. Construction on the new riad began in August 2016, and, for one year, up to 25 tradesmen and craftsmen were on site daily. A true labour of love, we sought out the best tadelakt craftsman to provide the silky finishing on the walls in the rooms and suites as well as the patio. 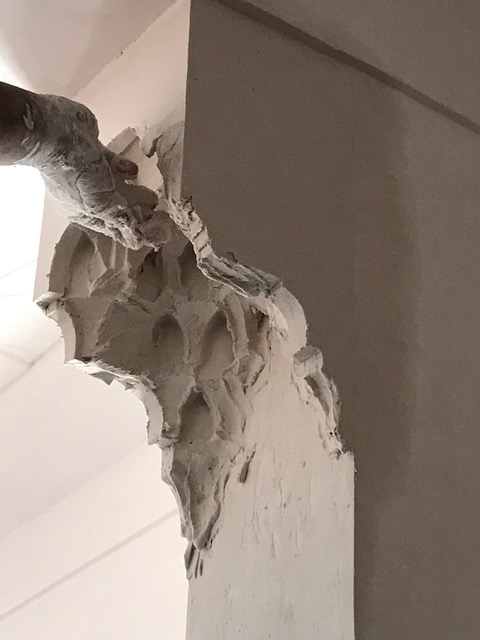 While here, don’t forget to look up. Some of the finest tradesmen sculpted the plasterwork to create delicate arches, typical in Moroccan architecture. It is said that the arcades found in the riads were initially a way to provide shade from the blazing sun while also limiting visibility in to the service rooms, hallways and staircases.

When we say the riad was built from the heart, we truly mean it.

Giovanna, alongside Ch(o)uf! Project, designed the tiled courtyard and worked with a Fez-based maalem (master craftsman) to produce the exact colour degradations and pattern. Then over the course of one and a half months the maalem and his crew placed each tile in to place by hand. The result? 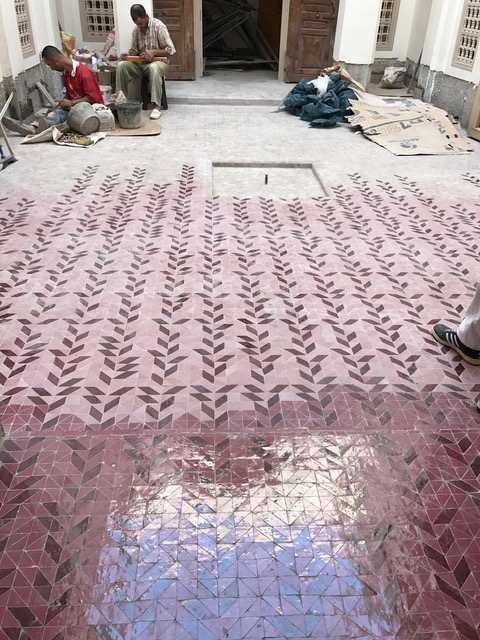 “The work is amazing,” exclaims Giovanna with excitement. “We designed the patio and it looks exactly like the designs we gave him. It’s incredible really.”

As the building works progressed, we began to work with Ch(o)uf! Project on the interior design.

Given our love of art, we saw the riad as a blank canvas. During an exhibition organized by Voice Gallery in Sidi Ghanem, the industrial zone of Marrakech, we discovered Italian artist Mariangela Levita. Our love of her bold colours and rhythmic structural balance and composition attracted us to the Extasy that now hangs in the suite Her work also appears at the Byblos Art Hotel in Verona, Italy.

On the Moroccan front, M’barek Bouhchichi L’Ourika structure made from copper and terracotta adorns the wall in deluxe room on the first floor. “This piece is interesting to me because the terracotta pieces represent closed hands,” says Giovanna. 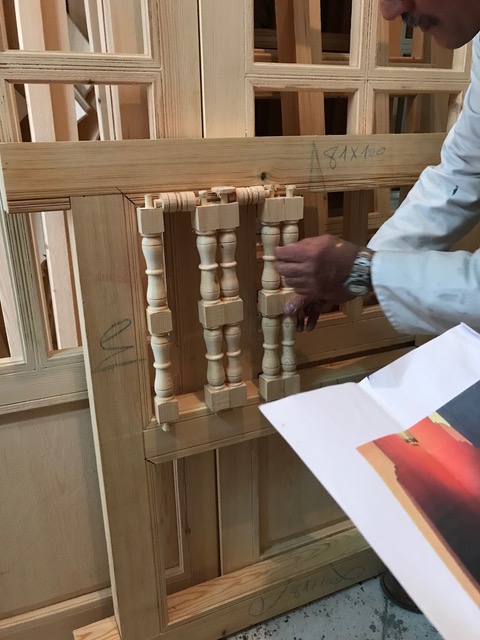 By scouring the flea markets (we’re particularly fans of the Souk El Khmiss market where vintage finds are stacked up alongside traditional Moroccan crafts and rare finds), we sourced some vintage pieces including lighting, decorative elements and even an art-deco mirror and side tables in the central patio. Vintage patio furniture sourced from the nearby market has been given a fresh coat of paint by our friend Carlo and provides seating up on the rooftop terrace, a perfect spot for soaking up the sun and listening to the sounds of the medina from above. We’ve repurposed mashraybia typically found in the large riads in to headboards in some bedrooms.

To see the rooms for yourself, book at stay at 72 Riad Living Hotel by contacting us for best availability and rates.