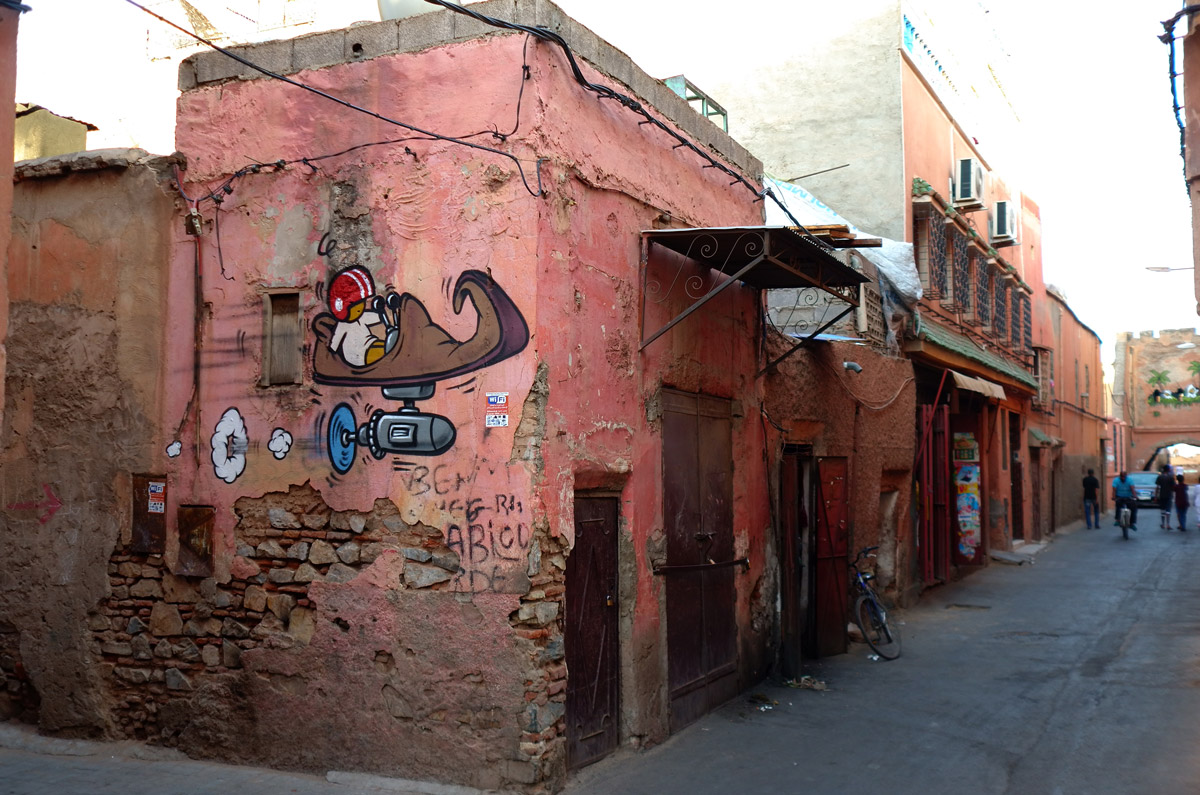 Walk through the medina, or Tmecha Fel Medina as the locals would say. And that’s exactly what the kind folks from Montresso* Art Foundation in collaboration with Awaln’Art and the Institut Francais with the support from the city are encouraging visitors to do. And not just anywhere in the medina, but rather in lesser-known areas of the Marrakech medina.

We promise it’s worth it.

Because it’s here that street-artist Jace has created fifteen murals inspired by the places, tales, legends and life stories he heard in his meetings with local associations and authoritative figures. Gouzou, the cartoon character for which Jace is known, is featured in fifteen different settings on an art walk that starts in the Mellah, making its way through to Place Sidi Youb.

Gouzou in a flying babouche, Gouzou at a stop light while riding his camel in the middle of the Sahara desert, Gouzou sharing a tea with a Jewish rabbi to show the notion of solidarity, are just a few of the scenes painted throughout the medina. Some are quite obvious, others require looking around. True fans of street art will appreciate that the installations beautify some of the lesser-known, lesser-visited areas of the medina. Gouzou relaxing on a sun lounger in the Sahara desert spruces up an abandoned building where children play.

“My little colourful and fun touches were well received by the locals, the children followed us, the locals were delighted, two days after having arrived, the bet was won. People began to take photos. The goal is to create an exchange between the locals and those who come to see it,” says Jace of the project.

To begin, head over to Dar Moulay Ali (the former French consulate located next to the Koutoubia Mosque) where photos of the installations are on exhibit until 20 January 2018. Then grab a complimentary map and head off on your walk in the medina. Or use the map below. 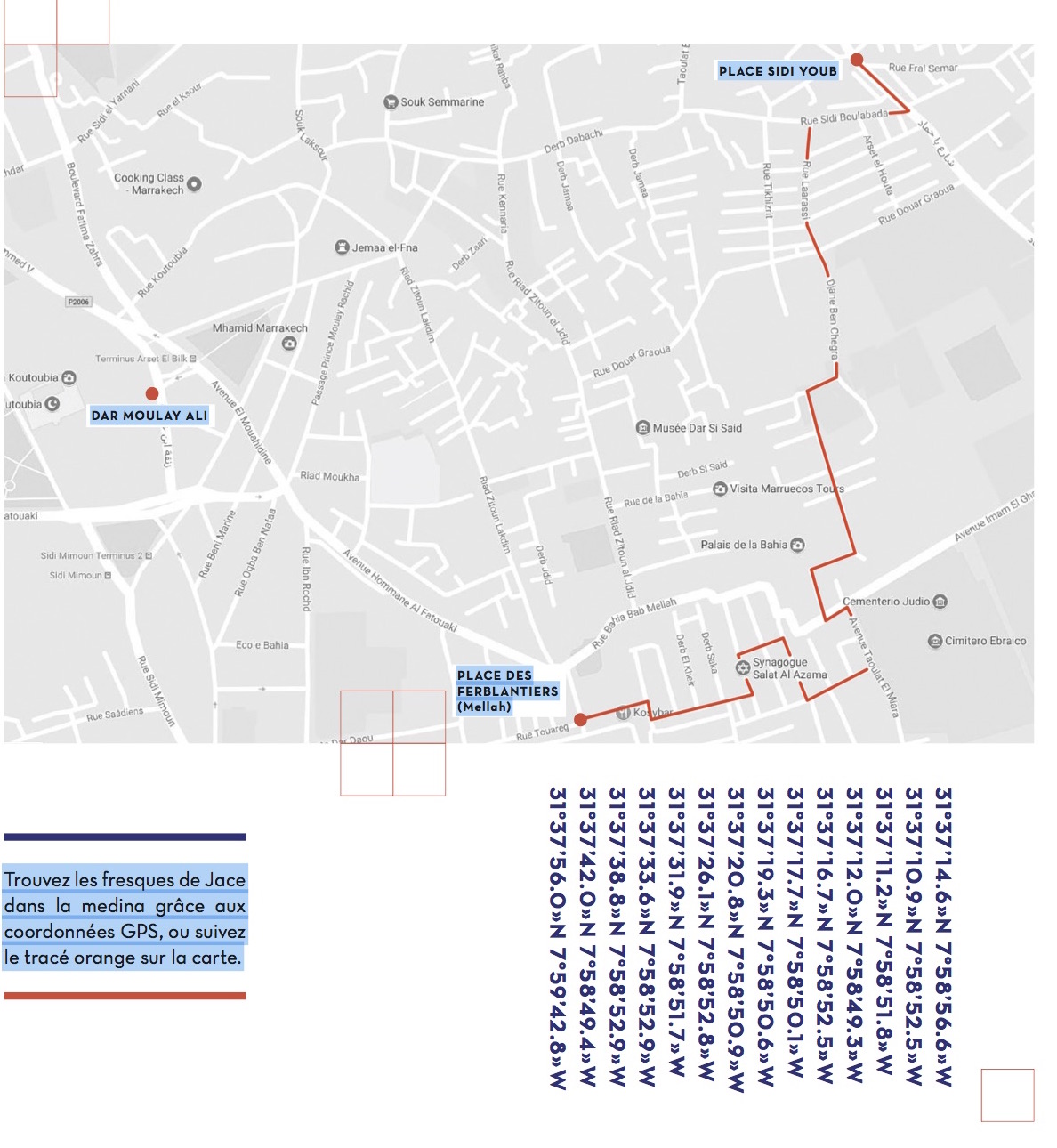 Once completed, head to Maison Denise Masson, also in the medina, where Gouzou has made his final stop, and is a perfect place to relax in the medina (and it’s also just steps away from Riad 72).

Don’t forget to tag your photos with #tmechafelmedina on Instagram.

Beyond the Tmecha Fel Medina, the Montresso* Art Foundation supports the creation and promotes the diversity of artistic research. Jardin Rouge, the artist residency created by the Foundation in 2007, has become the laboratory of this idea and provides on-going support to the artists in residency.

Street art fans should also make their way to the Marrakech train station where Hendrik Beikirch has painted an image of Aziz, a local mason, as part of the Tracing Morocco project, supported by the Montresso* Art Foundation.

Visits to the artist residency, located about 30 minutes from Marrakech, can be arranged in advanced and provide visitors the opportunity to meet with artists, tour the foundation and see first-hand the artworks by resident artists including Kouka, Cedrix Crespel, TILT among others. To arrange your visit, contact concierge Stefania at Riad 72.