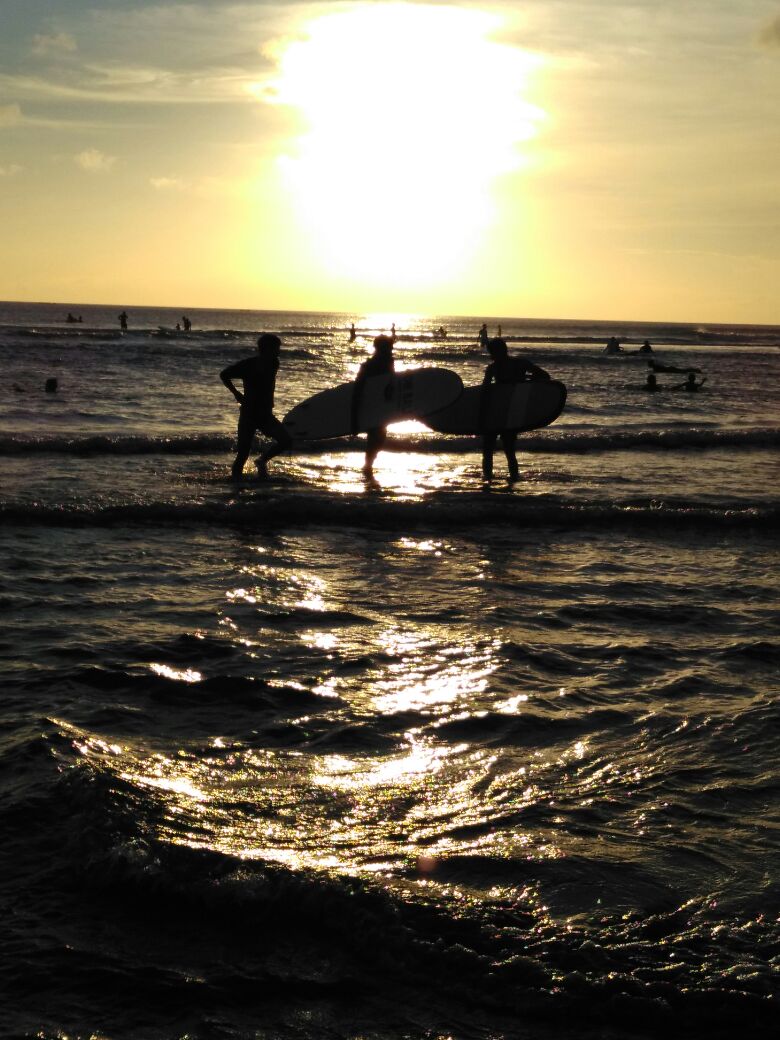 Posted at 16:48h in Beyond Marrakech, Itineraries, News & Events by Riad Living 0 Comments

A new wave of surf culture is emerging in Morocco and it’s quite chic. A new Surf Maroc hotel in Amouage catering to both surfers and yogis , increased flight options to surfing hot spots Dakhla and Essaouira, and a clothing line that spreads the love of surfing in one city in particular shows that surfing in Morocco is alive and well.

In our latest blog post, we cruise along Morocco’s Atlantic coast to discover the surfing hotspots.

Known as the Windy City, Essaouira, is a hotspot not only for surfers, but with kitesurfers twirling through the waters on a windy day. The surf shops line the beach far end of the beach and offer surfers from away both rentals and group or private lessons.

But surfers aren’t limited to Essaouira. After all, the waves are not always ideal in the area. Instead, head to one of the secluded beaches nearby for some of the best surf in the area. Tafedna is one locals-know wild beach, located about 40 minutes from Essaouira, where the waves are great. Or opt for nearby Diabat. Though somewhat developed, Imsouane further along the coast, is more commercially developed with beach-front accommodations and small cafes for surfers looking for an alternative to Essaouira.

And when the time comes to wind down after a day of surf, head to Taros terrace for drinks as the sunsets over the Atlantic Ocean or dancing. Or spend an afternoon lounging at Ocean Vagabond, enjoying some Western fare or fresh seafood while watching as local guides do their best to entice beachgoers with a camel ride along the beach and men on horseback race down the beach carefree. With its direct flights from London Luton, Bruxelles and Paris and at only three hours from Marrakech, the laid-back coastal town is easily accessible.

More than just surf in Taghazout

Further south from Essaouira is the surf town of Taghazout that, in recent years, has been glammed up with new boutique surf hotels opening. But that’s not all, inspiring co-working spaces like The Blue House are becoming popular destinations for start-up entrepreneurs looking for a quality of life while building their business and surfing the best local points during break time. After all, what a better place to work and play than in a town that enjoys moderate year-round temperatures and some of the best surfing conditions in the country?

For top accommodations, head to Surf Maroc where the villa is chic, but with a laid-back vibe or book a self-catering apartment. And non-resident guests can book a surf lesson with one of their qualified guides who seek out the best (and safest) surf conditions of the day. On the day we visited, conditions were ideal for advanced surfers, but beginners benefit greatly from local insight about water conditions.

Slightly out of town, Surf Maroc has opened its hip Amouage property where surf and yoga meet a boutique hotel.

In Dakhla, where the Sahara meets the Atlantic Ocean, the pace of life just feels more laidback. More Morocco meets Africa. The nature untouched. As a windy city, the kitesurfing is a popular watersport, but the natural lagoon provides stand-up paddle boarders an alternative to riding the waves. For more advanced paddlers, grab your board and head to the ocean side where waves are higher and winds are stronger. Check in to the Ocean Vagabond eco-lodge where the bungalows are tucked beside the dunes, the chilled out daytime vibe at the beach bar turns up as the sun sets and the food prepared on site is a bit of this and a bit of that. Just like the destination itself.

While the city may be best known as the economic hub of Morocco, wander down the Corniche in Casablanca to see the surf scene in full action. Somewhat gritty like the city itself, surfing in Casablanca is worn with pride by locals sporting Surf in Casablanca sweatshirts by Cuisse de Grenouille. But it’s here that Quiksilver hosts its annual pro competition. Or head out to Dar Bouazza, a well-known surfing spot just a short distance from Casablanca. Not to be overlooked!

But visiting Morocco without a stopover in Marrakech would just be incomplete. To book a stay at Riad 72 during your surf holiday, send us an email!