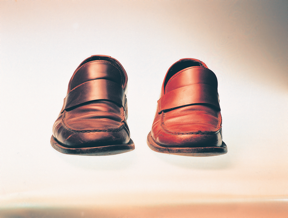 If biennales are known to push boundaries, question society and even challenge ideas, then the next edition of the Marrakech Biennale will do just that.

Under the theme NOT NEW NOW, the 6th edition of the Marrakech Biennale, taking place on February 24 to May 8, 2016 in Marrakech, Morocco will focuses on artistic projects, research, and ideas that respond to socio-political urgencies, representative of “living art”—an art that is for people and society, whilst harnessing aesthetic forms and poetics.

Curated by Reem Fadda, visitors will have the chance to view a variety of works by a carefully selected group of international artists focusing on Africa, the Arab world, and its Diasporas. What better plan than Marrakech, a city at the crossroads of African and Middle Eastern cultures?

And what better places to exhibit these works than in centuries-old palaces such as the Badii Palace, once home to the Saadian dynasty, where El Anatsui will hang a flag made from bottle caps. For the first time, the harem section of the Bahia Palace will be open to the public for a variety special exhibits. The cisterns of the famous Koutoubia Mosque in the heart of Marrakech where various performances will take place as well as a screening by SUPERFLEX about Comorus Island, a small island that asked for repatriation to France and the result an increase in refugees arriving. Kader Attia will also present a selection of films about the practices of magic and superstition in Africa.

Other venues include Dar Si Said and the pavillion at the Menara Gardens.

Over the 11 weeks, organizers are promising a schedule of events that’s rife with performances, exhibitions of archives, film programs, seminars, lectures, and even conferences will provide for an art structure that looks at and interrogates these cultural commonalities and interlaced relationships.

On 26 February at 6 p.m., Moroccan artist Chourouk Hriech will perform Le Depart at Dar Cherifa. On February 26, 27 and 28 from 3-5 p.m., Dutch artist Allard Van Hoorn will present UrbanSonglines Marrakech at Bab Nkob along the medina remparts.

Voice Gallery will present an exhibition of Eric Van Hove’s artworks from 26 February to 16 April and at Riad 72 we will be hosting a selective exhibition of his  art works in collaboration with the gallery. During the fifth edition of the Marrakech Biennale, Riad Living owner Giovanna Cinel fell in love with Eric Van Hove’s artworks for its fine craftsmanship created by a team of artisans near Marrakech. She immediately purchased the Crankshaft which is on display in the Red Salon at Riad 72. Please stop by between 12 p.m. and 8 p.m. to view the artworks.

Again this year, the parallel projects, providing he opportunity to a wider spectrum of artists and organizations locally to take a leading role in the upcoming MB6.

Following her powerful short video exhibition Crossings telling the tales of migrants travelling from sub-Saharan Africa to Europe, Leila Alaoui’s “L’Île du Diable” is part of the parallel project program. The video installation will be shown at L’Blassa in the heart of Gueliz and presents testimonials of retired Renault Billancourt automotive factory workers revisiting Seguin Island on the outskirts of Paris years after its destruction.

The exhibition captures the memories of these aging men, uprooted from their home countries, orphans of the factory, and the last of their generation. Until its shutdown in 1992, the factory employed thousands of blue-collar workers, many from former French colonies. Toiling the assembly line for decades, these men referred to the factory as “L’Île du Diable”*, a contested space of alienation but also a place where cross-cultural camaraderie and a sense of belonging developed.

The Marrakech Biennale, founded in 2004 to address social issues through the arts, is one of the leading biennials of Africa and the Arab world. For the first time, the 2016 Biennale presents its program free of charge, in an effort to welcome a wider public and reinforce the Biennale’s connection to Marrakech’s urban historical landscape. The Biennale is also on view for the first time over a prolonged period of 11 weeks, presenting each week a diverse program of events.

Riad Living is delighted to be an official sponsor of the Marrakech Biennale. We are offering a 10% discount on our a la carte menu (lunch and dinner) at La Table du Riad at Riad 72 to all Marrakech Biennale participants as well as 10% off our room rates at Riad 72 and Riad Due. Contact us for more details.