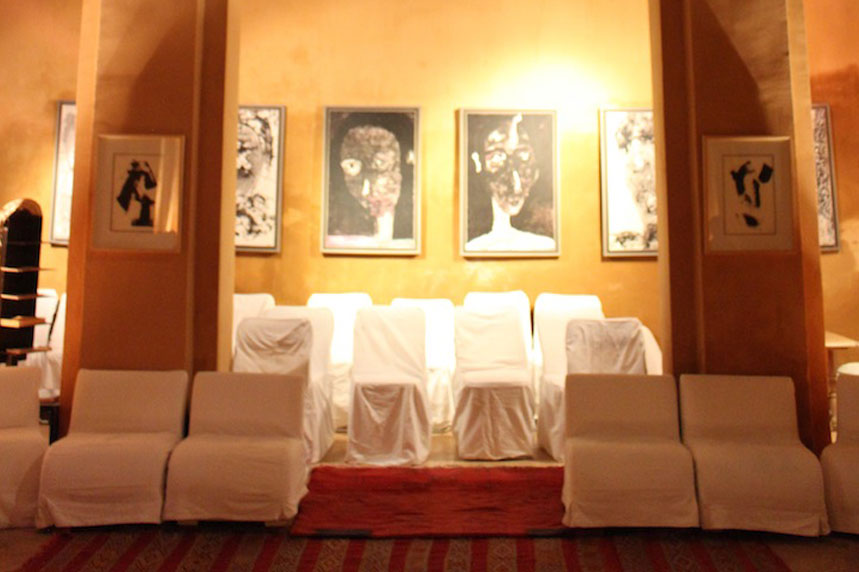 Posted at 11:56h in History and culture, Marrakech by Riad Living 0 Comments

It was the tenth night of the holy month of Muharram and throughout Morocco Sunni Muslims were celebrating Ashura.

While the celebrations vary from Moroccan city to city, in Marrakech during the first ten days of Muharram, hand-made drums are sold throughout the streets and gifted to children who bang out a tune throughout the street, anxiously hoping that a dirham may be provided. A dirham to be put towards firecrackers or candies, after all the celebration is largely for children.  But on the day of Ashura, which translates literally as the tenth day, it’s a day when gifts of dried fruit and nuts are exchanged and children are gifted toys by their parents.

Historically the day of Ashura marks a significant religious event: a day of mourning for Shia Muslims and even a day of fasting for others who refer to the day as the Day of Atonement. In Morocco where the population is Sunni, it’s a day of celebration.

So on this night of celebration, we gathered in a former palace turned literary café and cultural centre deep in the Marrakech medina for a night of traditional, local music. For those of us non-Muslims, we sipped tea as locals greeted each other and dried fruits were passed around. It was the finest of Moroccan hospitality. 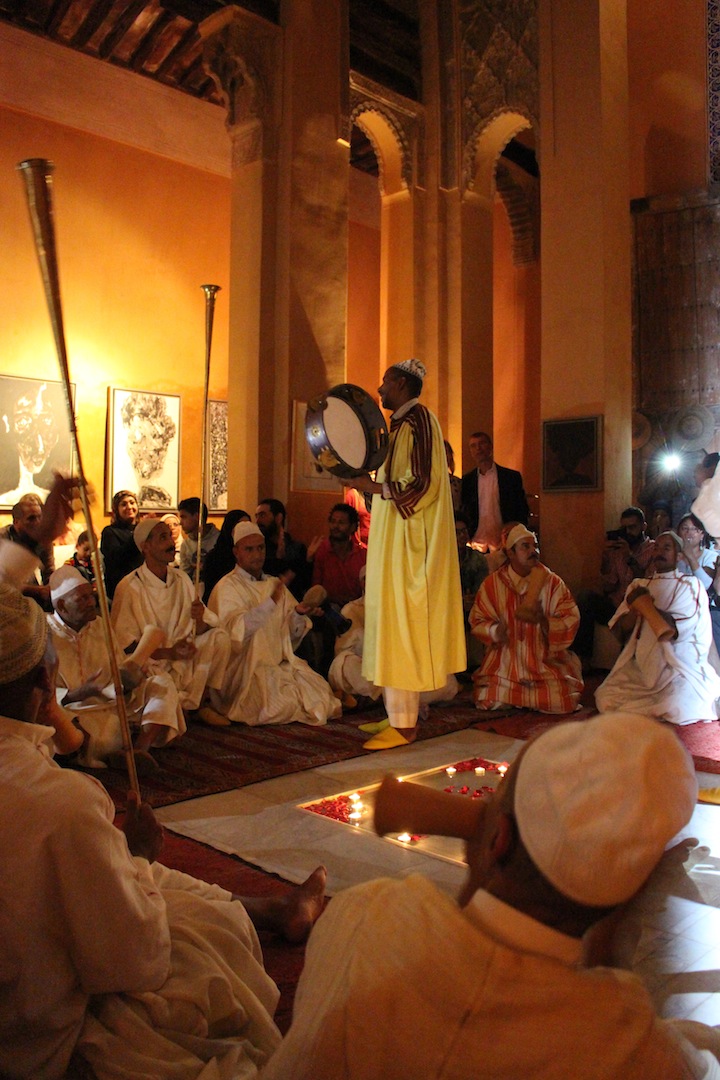 And when the show began at Dar Cherifa an 18-person Dakka Marrakchia band performed singing, drumming, trumpeting and encouraging clapping and singing from the joyous crowd that filled the building and those watched from the rooftop. Popular during the Ashura religious festival, the men dressed in their finest white traditional djellabas with yellow babouche, sat in a circle each playing Tarija and tam-tam drums, n’fafri while the k’raksi lead the group.

And the fun didn’t stop until the entire crowd was dancing and celebrating. It was after all, the start of the Muslim New Year, 1437 AH (Anno Hegirae).

Sanaa saida to our Muslim readers.

Dar Cherifa is a literary café and cultural centre in the Mouassine district of the Marrakech medina and regularly features art exhibits, concerts and cultural events. The rooftop terrace is a great spot for a light lunch or relaxed afternoon sipping the famous Moroccan tea.

If you would like to celebrate New Year’s Eve on 31 December in Marrakech, contact us for best availability and insider tips on the hottest parties and happenings.