Exploring the ruins of Ghmat

Exploring the ruins of Ghmat 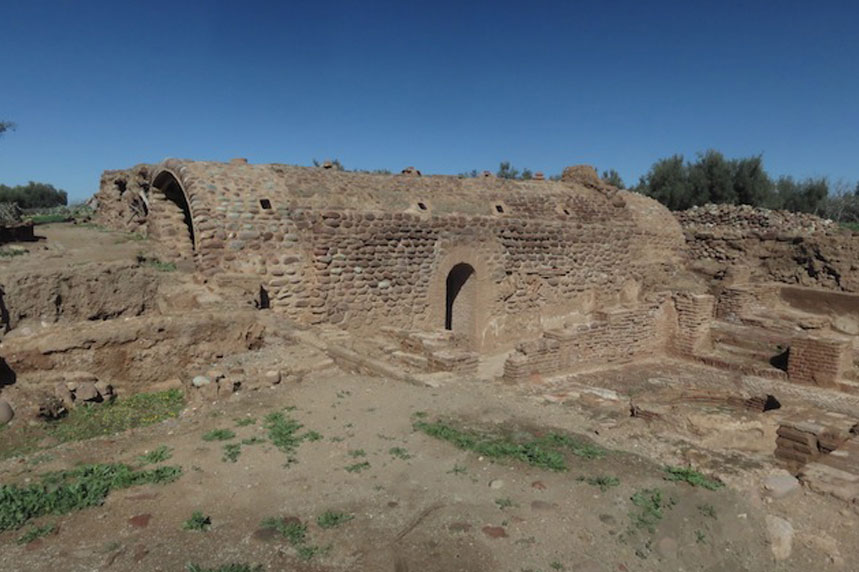 30 Jan Exploring the ruins of Ghmat

Posted at 22:23h in Beyond Marrakech, History and culture, Itineraries, Marrakech by Riad Living 0 Comments

The Roman ruins of Volibulis and even those of Chellah in Rabat are often the best-known ruins in Morocco, however on a recent day out of Marrakech, we stopped to discover the little-known archeological site in Ghmat.  Just 30 kilometres from Marrakech in the direction of the Ourika Valley lies the ruins of a former bustling city; home to 26,000 inhabitants before nearby Marrakech was established.

On this particular sunny afternoon we were able to explore the ruins with the help of the local guardian and property owner.  He arrived just at the right time as we relied on the help of the locals to point us in the right direction only to find a locked gate and no movement.  You see, the site is rather unknown, with no signposts along the way.

But with no barriers to hold us back, we were free to explore the former public hammam, a site that is over 1000 years old and in fantastic condition after all these years.  Previously overgrown by mud and only recently discovered, the guardian explained to us that archeologists continue to work on other sites throughout the village including what is believed to be a former palace.  As is typical in Moroccan villages, the mosque lies nearby the public hammam, and its ruins are visible from the road.

Legend has it that Ghmat was a leading centre of commerce located on the trans-Sahara trade route and that it is here that the daughter of a wealthy merchant, Zaynab Nafzawiyya, settled.  Nafzawiyya went on to marry three times, and her last two husbands were Almoravid emirs.  It is believed that she helped fund the dynasty’s expansion to include Andalusia and Marrakech, which became the capital city.

If you plan to visit, be sure to bring a translator as the guardian only speaks the local dialect.  And don’t forget a small tip for his time and visit.

Perhaps combine your visit with a stop at Nectarome gardens, one of our favourite places to buy organic and locally made beauty products used throughout Riad 72 and Riad Due.