THE STORY OF THE SEVEN SAINTS

THE STORY OF THE SEVEN SAINTS 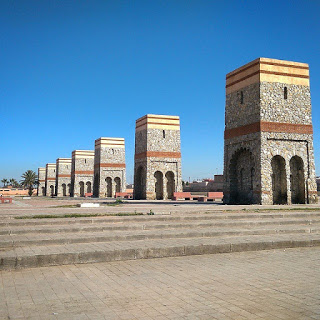 20 May THE STORY OF THE SEVEN SAINTS

Did you know that Marrakech has Seven Saints? The Red City is in fact called the “City of Seven Saints” by many Moroccans. That is not a very well-known fact among most tourists visiting the Red City but you will probably walk pass some of the incredible tombs when walking around in the Medina. 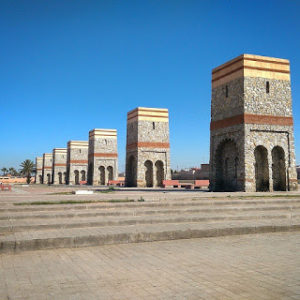 Monument of the 7 Saints of Marrakech

The background story about the important Seven Saints is that most of them weren’t from Marrakech, their remains were imported from all around Morocco during the 17th century to make Marrakech even more sacred and holy. These saints were believed to have been blessed by Allah with remarkable wisdom and strengths.

Their tombs became popular destinations as pilgrimages for many centuries before the tradition slowly died down. There was even an order with what day you should visit what saint. Practically there were 7 saints for all the 7 days of the week. Traditionally the pilgrimage began on a Tuesday. The saints also had different strengths that the Muslims could seek assistance for. Like healing different kind of diseases, helping with child births, reaching life goals etc.

The seven sacred shrines with the saints are located all around Marrakech and there is also a special monument to them, seven towers in a row, that can be found just outside the city walls in Bab Doukalla, not that far from 72 Riad Living.

An interesting excursion, especially for those who have seen most of Marrakech before, would be to make a day out of it to visit all the tombs and memorials. It takes around 3-4 hours to complete the whole tour on foot. As they are holy sites though it is unfortunately not possible for non-Muslims to enter the shrines, but you can still see the beautiful mosques and buildings where they are resting. 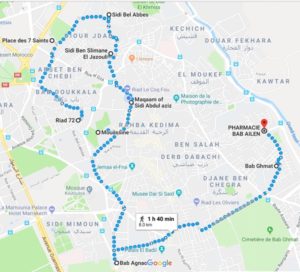 Saint 1: Sidi Youssef Ben Ali (Tuesday) was born in Marrakech in the 12th century. After he was infected with leprosy he retired to a cave where he continued to give advice for many years. You can find his tomb in Bab Ghmat.

Saint 2: Qadi Ayyad (Wednesday) was born in Northern Morocco and was a religious leader during the 12th century. Today one of the universities in Marrakech is named after him and his tomb can be found near Bab Ailen.

Saint 3: Sidi Bel Abbas (Thursday) is the Patron Saint of Marrakech. He lived in Ceuta in the 12th century and was famous for his great studies as well as being a protector of the poor. He died in 1204 and is buried at Sidi Marouk cemetary near Bab Tagzhout.

Saint 4: Sidi Ben Slimane (Friday) was a Sufi leader of a Berber tribe in a village near Essaouira. He produced a famous prayer book in the 15th century. His tomb can be found near Ryad Laarousse in the northern parts of the Medina.

Saint 5: Sidi Abdel Aziz (Saturday) lived in Fes in the 15th century and was a highly religious man and he is now buried in the heart of the Medina, close to the Ben Youssef Mosque. 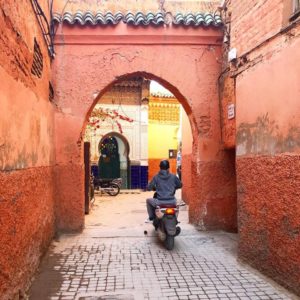 Saint 6: Sidi Abdullah Ghazouani (Sunday) led the resistance in the 16th century when the Portuguese invaded Marrakech. His tomb is close to the Moussaine Mosque, not far from Jemaa-el-Fna.

Saint 7: Imam Abderahim Souhaili (Monday) was a blind man from Malaga in Spain who moved to Marrakech in the 12th century. He was famous for knowing the whole Quran by heart. This tomb is in the southern parts of the Medina, near Bab Agnaou.

So next time you visit Marrakech and you want to do something different, you could consider the Walk of the Seven Saints!