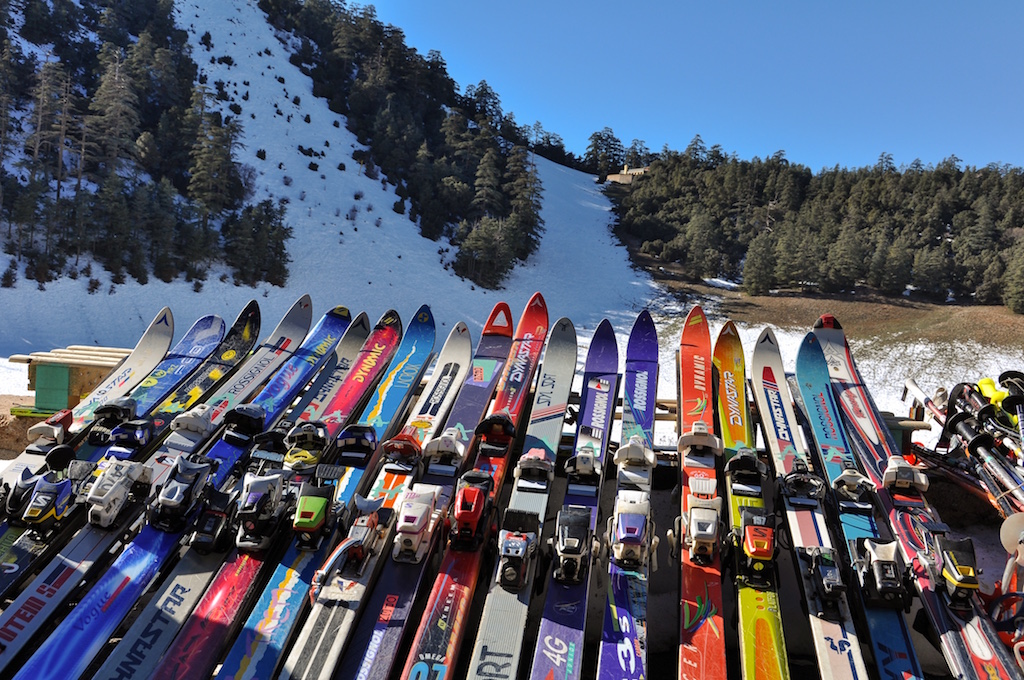 Posted at 15:21h in Beyond Marrakech, Itineraries, NEWS & EVENTS by Riad Living 0 Comments

It’s a little known secret that, despite the Atlas Mountains standing majestically over Marrakech from the rooftop terrace of Riad 72, Africa’s highest ski resort is just 80 kilometres from the hustle and bustle of the Marrakech medina.

Yet it causes much disbelief that skiing in Morocco is indeed possible. And just a short distance away.

Known as Oukaimeden, the ski hill has everything one would expect when hitting the slopes in famous ski resorts around the world – ski rental shop, ski lessons, a restaurant and even some accommodation options.

After all, there are seven of runs of various levels, some of which are accessible by a chairlift, while others are reached by tow. Perched at over 3000 metres above sea level, the slopes tend to see the ski best conditions from January through March.

On our day out to the resort, the place was teeming with families. School holidays were underway for the locals and given its proximity to Marrakech but also Casablanca, the station is a popular destination for those looking to experience a bit of winter weather.

After all, back in Marrakech the daytime temperatures were a balmy +24’C. It seemed unbelievable that all of this existed just mere kilometres away.

Feeling less adventurous, we opted for the sledding, a popular activity for those with young children but also locals of all ages. As we sped down the hill, memories of childhood returned.

But after a few trips down the hills, it was time for lunch. On the snowy slopes, it may be easy to forget we’re in Africa, but step inside the clubhouse and piping hot Moroccan cuisine is on offer. Tajines were enjoyed while soaking up the mountainous views and children playing freely.

As for après-ski, here at Riad 72 we’ve got that covered. Less than two hours by car and you’re back in the Marrakech medina, tucked up in one of the cozy corners enjoying a locally sourced cheese platter and drinks.

Given the proximity to Marrakech, Oukaimeden is often a day trip for both locals and travellers. Out of ski season, the area is popular with rock climbers, but also trekkers, especially in the springtime when wildflowers and trees are in blossom. As the summer months descend, the pastures ar popular with herders grazing their animals.

Our concierge at Riad 72 would be happy to help you plan your ski holiday in Morocco or just even a day out at this nearby resort.