During the fifth edition of the Marrakech Biennale, Riad Living owner Giovanna Cinel fell in love with Eric Van Hove’s artworks for its fine craftsmanship created by a team of artisans near Marrakech. She immediately purchased the Crankshaft which is on display in the Red Salon at Riad 72.

Van Hove was a star of Marrakech Biennale 5 as he displayed his V12 Laraki, a replica of the Mercedes Benz V12 engine crafted completely in Morocco by local artisans as part of the main exhibition at the Banque al Maghrib in Jemaa el Fna.

Now, two years later, we are delighted to announce that in collaboration with our dear friends at Voice Gallery, we will host an exhibition of Van Hove’s art works during the upcoming sixth edition of the Marrakech Biennale kicking off on 24 February 2016, including the V12 Laraki, untitled (Intake manifold with intake pipes) produced in 2013 and the V12 Laraki, untitled (Alternator) created in 2013. 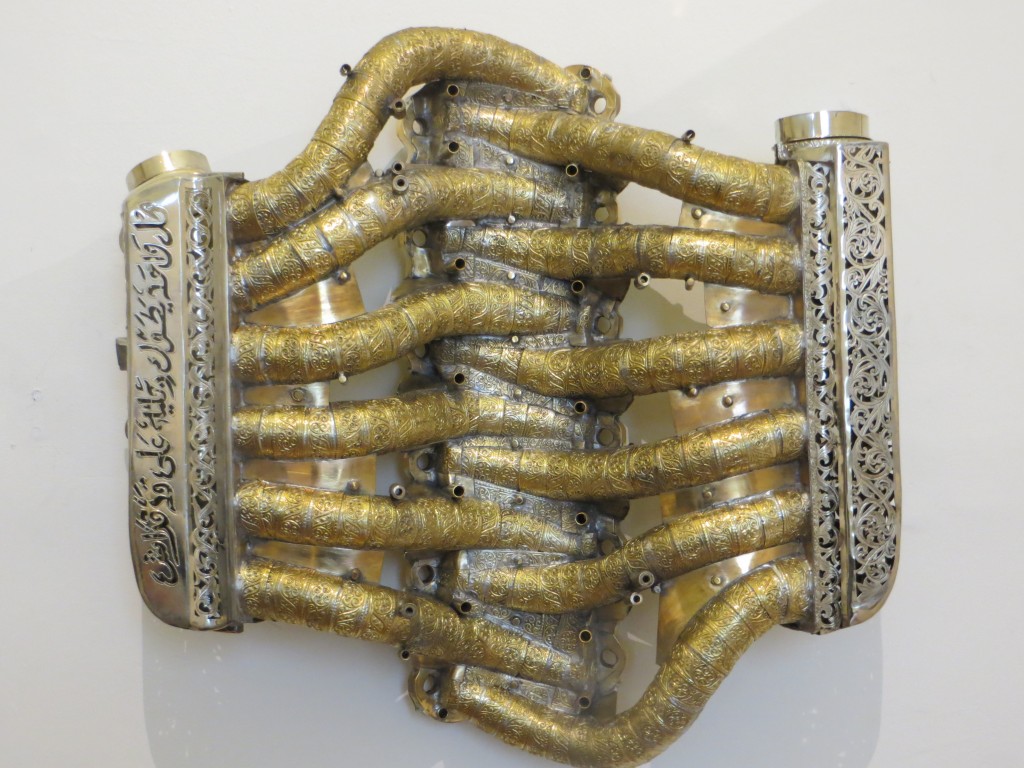 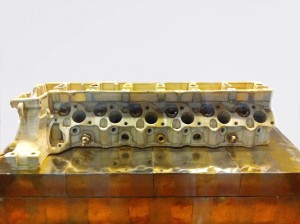 As part of the main exhibition at the Bahia Palace, Van Hove will exhibit the D9T, a tribute to Rachel Corrie. While working as a human rights defendant in Palestine, Corrie was protecting a local home from being demolished when a Caterpillar tragically killed her.

At Voice Gallery, Van Hove will present Anthropocene Geodesy a series of photographs captured at Spitzbergen, the most remote island of the Northern hemisphere, in 2009. The title refers to the measurement and representation of the geological time in which humans started to have a significant global impact on Earth’s geology and ecosystems.

For Marrakech Biennale participants and visitors, we are offering 10% off accommodations at both Riad Due and Riad 72 for guests looking to stay in the heart of this year’s exciting arts festival. For guests looking for a place to relax and unwind and discuss the ideas presented through the art works, we are offering 10% off a la carte menu at La Table du Riad at Riad 72.