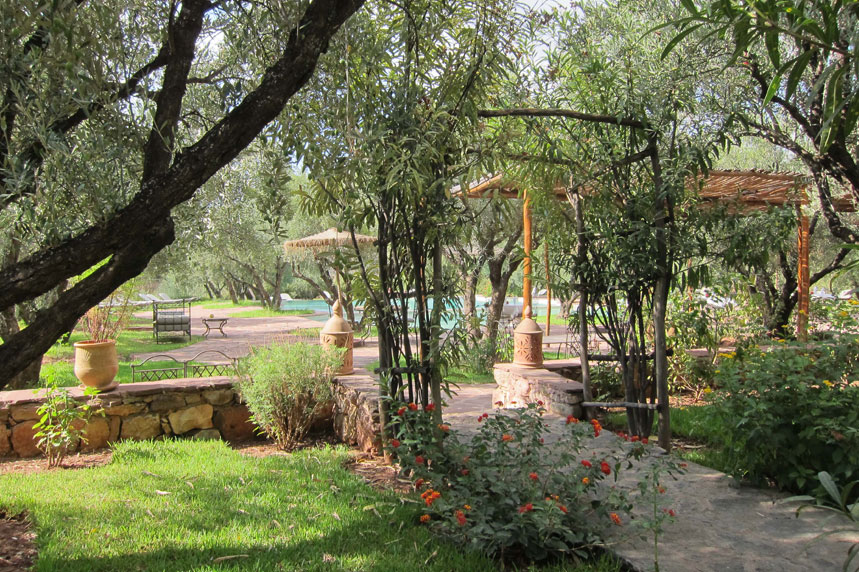 Posted at 00:53h in Itineraries by Riad Living 0 Comments

Giovanna didn’t tell us right away what the Tinmel Mosque meant to her. Wearing a quiet smile, she let the journey to this 12th-century ruin unfold for us without introduction. It was a long, winding drive to the small village of Tinmel in the High Atlas, over hilly roads with plummeting deep-red cliffs and tiny roadside towns along the way.

But before we had left the outskirts of Marrakech we noticed a sign for women’s co-op producing Argan oil. To think: an enterprise supporting women in a Muslim country. I was hooked. But Giovanna could smell the sham coming on. Argan oil is mainly produced in Essaouira, about 100 miles away from Marrakech. We were nowhere near the source. “The trouble is finding the real ones,” she said. A man met us on the side of the road trying to sell us his prize loot, a fist-sized quartz geode. When we weren’t interested, he shot ahead to tell the ladies of the co-op that he had brought us. It was becoming obvious that everybody worked on commission here. 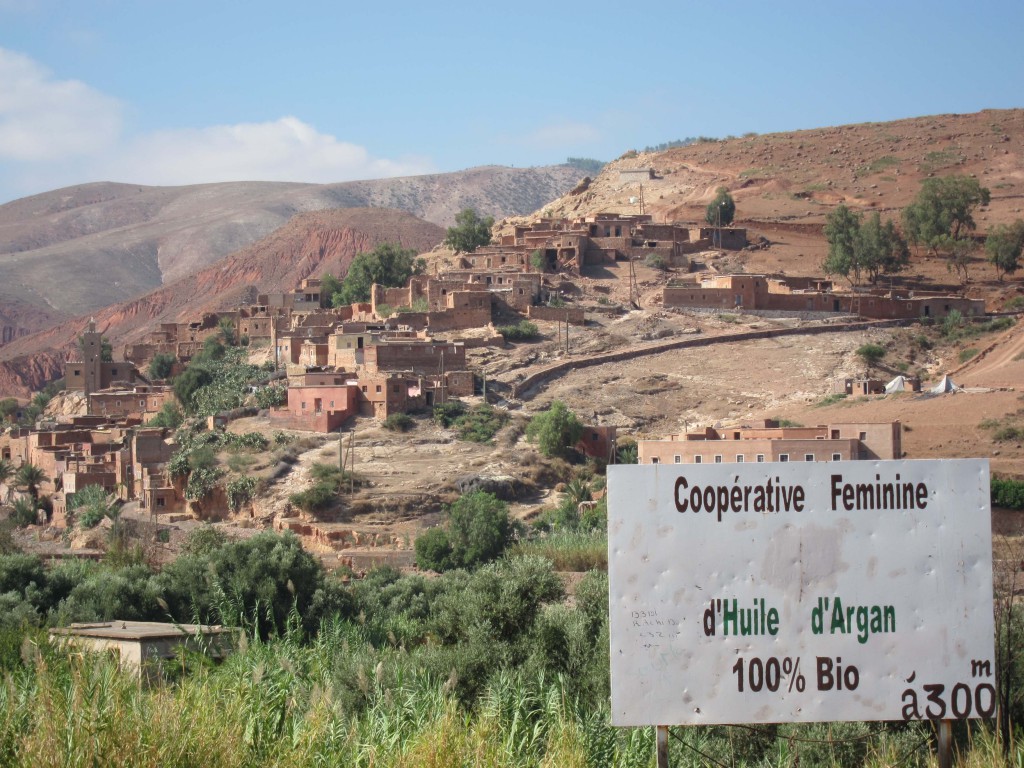 A crew of women gathered upon our arrival, and one who spoke English and French with ease began the tour for us, demonstrating five ladies dressed in colorful, traditional garb hard at work at different stages of the process. It was a well-organized presentation, and interesting to see.

We continued our way to the mosque, wending through majestic red sand cliffs, the landscape becoming more dramatic and picturesque as we drove on. We scanned Berber villages built into the mountains and along deep green valleys still lush with the memory of springtime water. We slowed down through miniscule roadside villages to peer at the locals and see how they live, donkeys pulling carts trotting along between motorbikes and trucks. Well-seasoned gentlemen in dusty suits sold fruit, and women carried baskets of reeds on their backs wearing many different styles of headscarves. 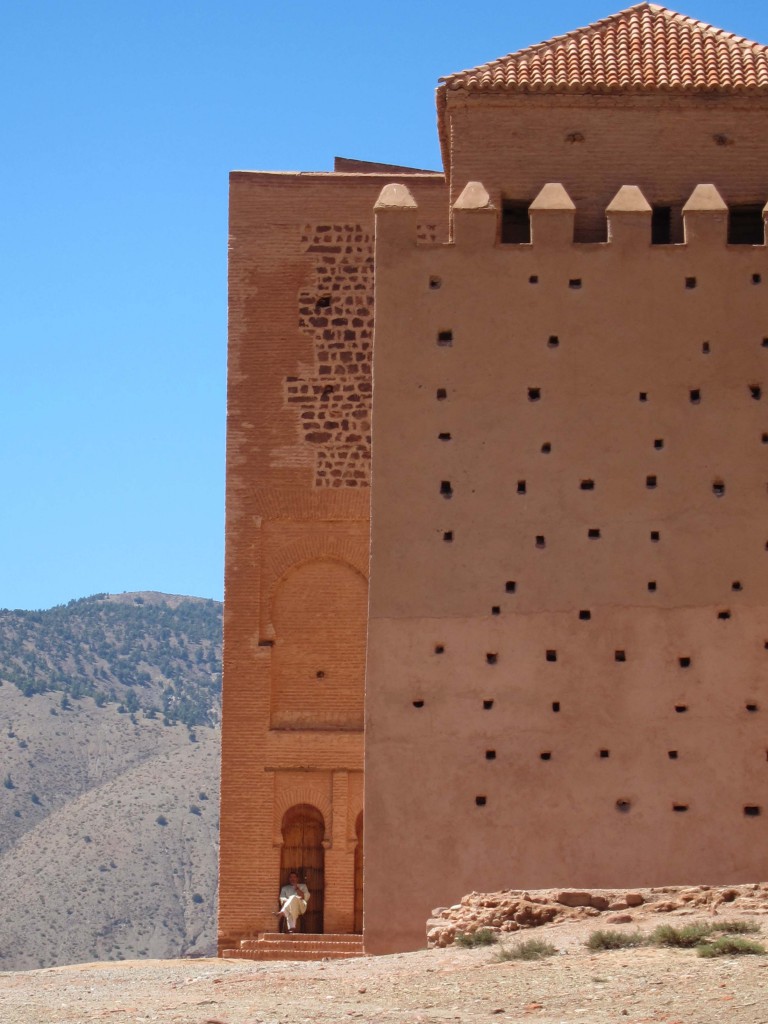 We arrived at Tinmel Mosque, an impressive red stone edifice, built in the traditional style with its square recesses remaining in the facade, evidence of the scaffolding used during its construction. Built before Marrakech’s famed Koutoubia, it functions currently as a museum, one of the rare mosques open to non-Muslim visitors. Mohammed Filalee had been caretaker since 1977, since his father retired from the job. Insha’Allah, or “god willing,” he repeated as we discussed the future of the mosque. He proudly indicated the renovations produced from an investment in the late nineties by the Moroccan Ministry of Culture. It had been reconstructed using the same quality materials that they would have used hundreds of years ago. The site is also currently on the UNESCO World Heritage tentative list, and awaits further renovation funds. Once the project is completed, according to Mohammed, the mosque will be open to the public every day, with the exception of Fridays for prayer. “Insha’Allah,” he said. 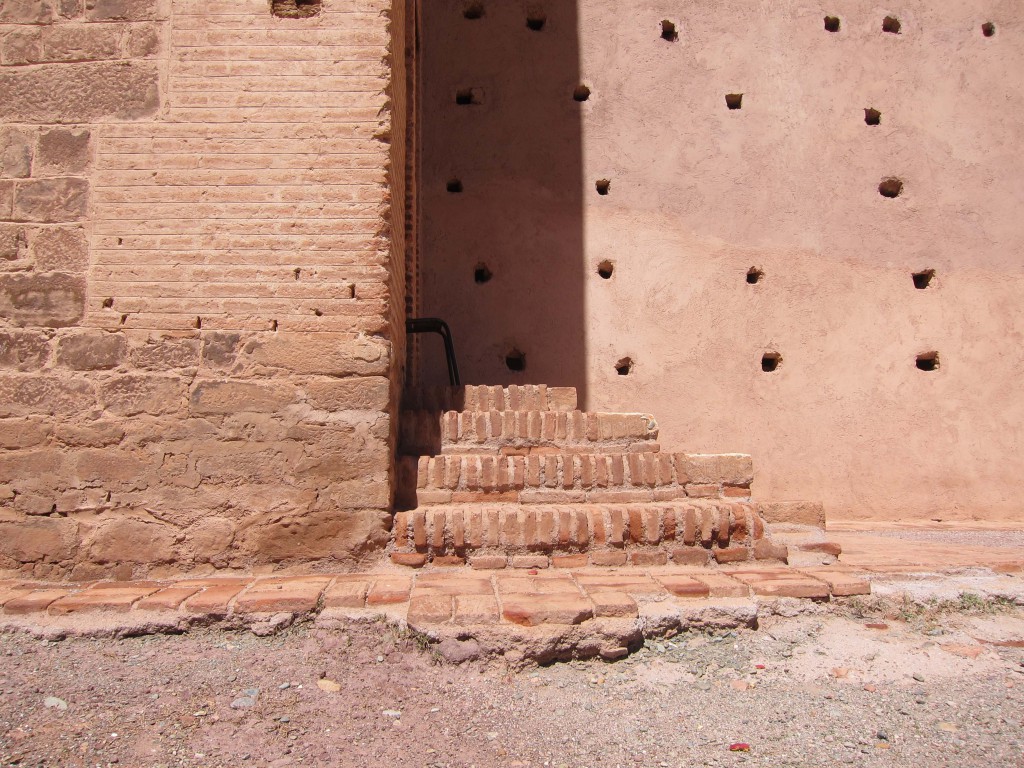 We were awestruck by the near-violet sky, such contrast to the natural red-orange walls of the structure, and imagined how the hues would change with the slipping sun, from peach to tangerine and finally to blood-orange fire. Giovanna spoke with him privately for a moment and returned to tell us that Mohammed had proposed we join him for tea at his family home.

He proudly introduced us to his family, his elder sister tended to us, showing us to a large tiled rooftop terrace under the hot midday sun. Ornately decorated rugs and gold-fringed cushion covers hung to dry. Mohammed explained that they were prepping for the Fête de mouton, or the sheep celebration, a major Islamic holiday where every family must have a sheep to sacrifice. They were busy in preparation for the many family members arriving. 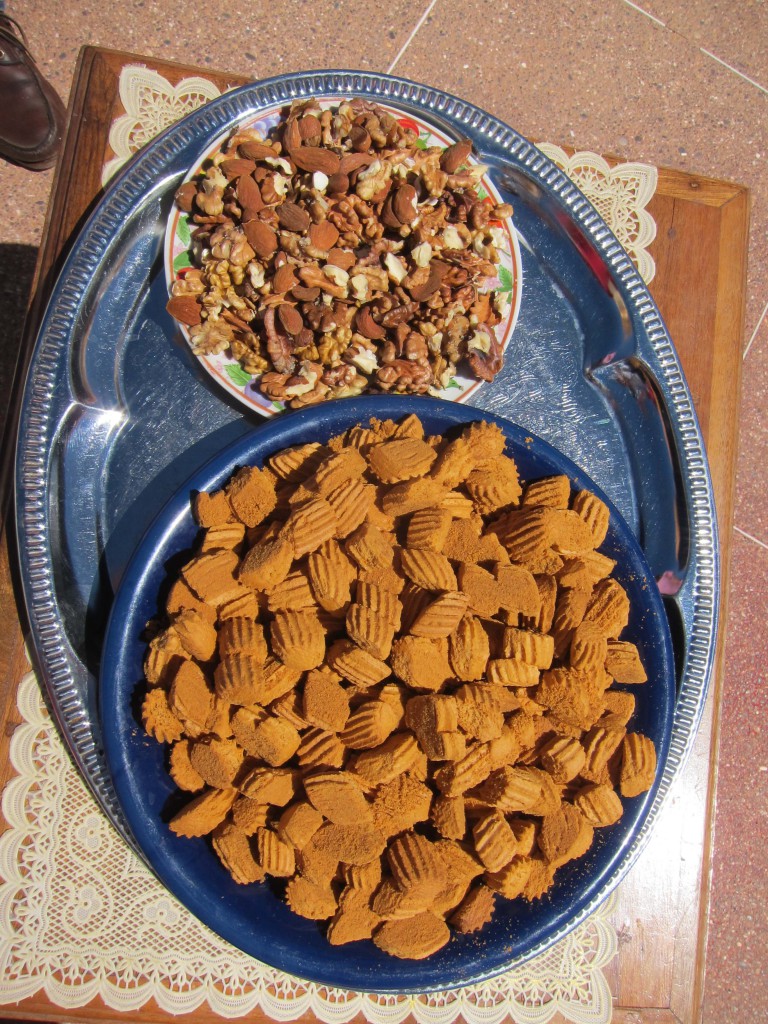 His sister brought us large, overflowing plates of walnuts and homemade ginger cookies, far too much for us. The abundance must have been a demonstration of generosity, wealth, or both. I followed Mohammed’s sister with my eyes, watching her wizened face and smile, gnarled from happy, but hard, work. She must have known I appreciated her: after I thanked her for the third time, she gave me a great one-tooth laugh followed by a solid love smack on the arm. I was touched by such a friendly gesture to me, a stranger in her home. I imagined spending the day with her, wondering what her simple pleasures could be.

We drank hot tea, a homemade recipe of verbena, absinthe, and sage. It was sweet and delicious, even under the scorching sun. We listened to Mohammed tell us about his experience at Tinmel. We didn’t feel hurried to leave, but lunch was calling. I imagined that a meal with this man would be a gem of an experience, simply the exchange of ideas would be engaging, illuminating. 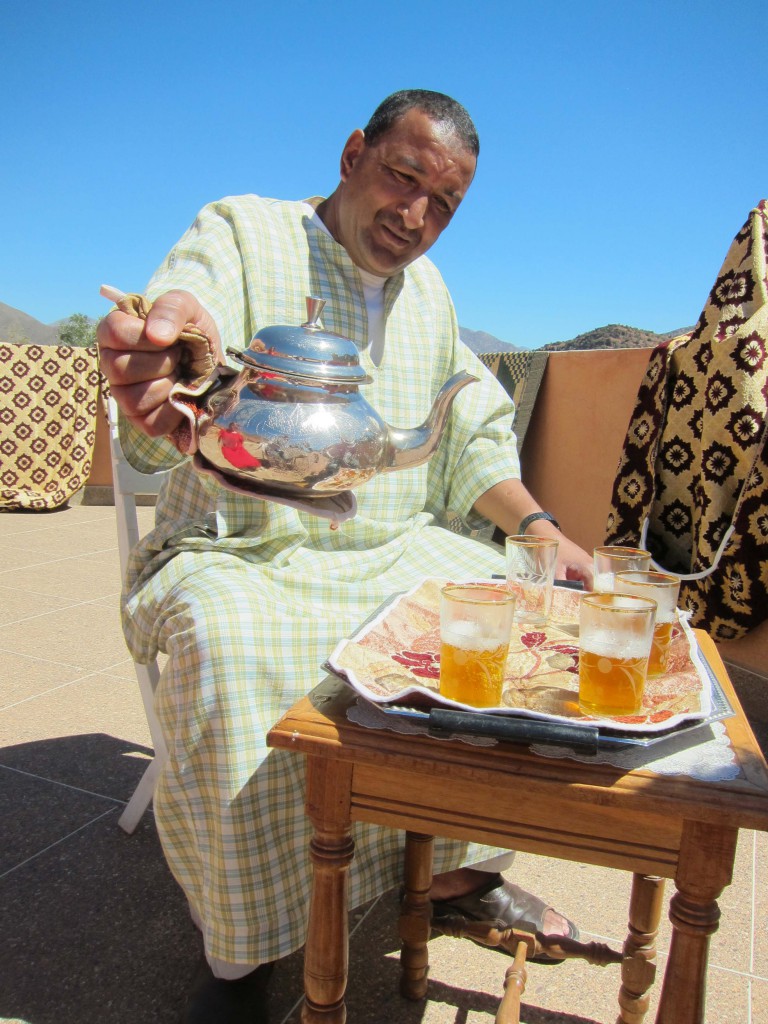 On the way home, about half way back, we stopped to have a poolside lunch at L’Oliveraie de Marigha. It’s a prime example of how mysterious Morocco plays tricks on travelers: you would never know how gorgeous the grounds were of this place until you ventured inside. Play mini golf, have tea in one of the many relaxing garden love seats, dine under the umbrellas, then take a dip in the pool. This was an excellent hiatus, either before or after a visit to Tinmel.

It wasn’t until we returned to Riad 72 and met Giovanna’s husband that we learned the personal connection she had with Tinmel. Abel Atif revealed the secret of their rocky, romantic start. They had been working out their differences for some time, and it was a visit to magical Tinmel that put an end to the discussion: they have been solid ever since. Oh, love!